Boxer was the scariest man I’d ever met in my life. I’d bet an arm that he had twice as many teeth as a normal person.

Paper Starlings is the first of six books in the not*the*same*river series. They follow the life of Violet who, after a childhood in care, figures out that her birth family’s heritage is more complicated than she believed possible.

I spent an awkward couple of hours on a hilltop with Daniel, Sean, Amethyst and an axe-wielding giant. We met on the clumps in a little clearing. I’d been sitting on the mossy ground, my arms wrapped around my knees, for ten minutes before I spotted the man sitting in the tree. It was the scruffy guy, Old Bones, looking less scruffy than usual. He was still a mess. A tropical mess in a Hawaiian shirt with muscle-split sleeves, cargo shorts and muddy, brown builder’s boots. He watched me like I was an equation, giving no thought to how I might feel about being stared at.

Boxer was the scariest man I’d ever met in my life. I’d bet an arm that he had twice as many teeth as a normal person, and he was easily as wide as Magnus, though not as tall. His blue tinted goggles were pushed up into his hair, and every time the sun shone through the trees even a little, Boxer’s pupils practically disappeared. He glared at Daniel like he was his mortal enemy, but he barely spared me a glance, for which I thanked a god I didn’t really believe in and the sweet baby Jesus for good measure. Amethyst spoke to him like he was her favourite pet. They sat as far away from Daniel as Amethyst could manage without being rude enough that Sean would notice.

Daniel and Sean talked about werewolves and gargoyles and demons, but it was easier to hear all the things they weren’t saying to each other. Amy wasn’t even a whisper. Sean said that Albert sent his apologies for not being with us, but I knew he hadn’t. Albert was somewhere in the trees; I felt his eyes on me. OB knew he was there too. He kept staring into the trees behind Sean. I refused to look.

I wasn’t even sure why I’d come. Daniel had arranged to meet Sean, and Amethyst said I might not get another chance to talk to him once Mara returned, so there I was, being ignored. I thought about heading into the trees to confront Albert, and snorted at myself. Why would I even want to do that? I did not need the approval of that grumpy-faced, misery-inducing, socially incompetent geriatric. He was almost enough to put me off oranges.

I shrieked and jumped when OB leapt out of the tree like a predator, landing in a crouch. He sat by me, smelling of moss and pine trees and rain.

“You have seen me in your dreams, yes?”

His laugh roared out of him. “Amethyst didn’t say you were funny girl. I think you are good for her. She needs female influence that is … healthy.”

“He talks too much. He has Irish mouth.” He made sockless sock-puppet hands. “Always flapping.”

“Ears like elephant.” OB side-eyed Sean, to see if he’d interrupt again. “Ah, and now he pretends not to listen.”

“What do we need the mirror for?” I said.

OB choked. Sean laughed. Somewhere behind us, a twig snapped itself in half.

“Didn’t I say she’d ask you about that?” said Sean.

“Mirrors show us more than ourselves, and sometimes less,” said OB. “Not everyone knows what they’re looking for, but you will figure out what you’re supposed to see in mirror.” He ran his hand over his face. “Don’t worry about mirror. You will need it. You will use it. End of story.”

“You will provide story,” he said. “I provide beginning and end.”

“Thanks for paying your respects at the cemetery.”

“What did you and Albert argue about the day of the Blackmore picnic?”

Sean made a garbled hissing sound, that turned into a full belly laugh when Daniel joined in.

“Brazen as a trumpet,” Sean corrected. “It makes no sense if you miss out half the words.”

“A?” said OB, making a short A sound. “That is just noise old people make when they try to move, and their bodies try to stay still. As sounds like insect.”

“We all know you don’t use articles out of spite for the English language.”

OB huffed. “It has more stupid rules than all world’s governments combined.”

“This is the worst distraction tactic ever,” I said. “Will you tell me what the argument was about?” A flurry of nuts hit the ground behind us, but I saw nothing when I turned. I smirked anyway. If Albert was there, I wanted him to know that I knew it.

“I’m not going to tell you what argument was about. It was private.”

“But you asked anyway.”

“Yes. You are nosey, like your sister.” Before Amethyst could open her mouth, OB said, “Yes, I know you heard that. You are master eavesdropper. You forget I taught you how to be spy. You forget this when you creep around house saying I look like gnome.”

As the conversation got lighter, Albert’s presence felt heavier. We all felt it, and we all ignored it. It was like I’d had a Sean dream, like something was creeping beneath my skin. It disappeared so suddenly, leaving me cold and hot at the same time. It was loss, which was kind of sickening, and relief.

The source image above is from jplenio on Pixabay 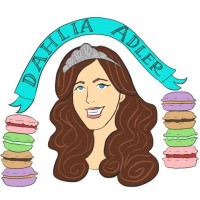